ReadyMade Works is galloping into 2017 with lots of programs, support and residencies for the independent dance and moving arts community in Sydney.

We have had fantastic artists in the space rehearsing and making for the upcoming Dance Massive in Melbourne; including Victoria Hunt: Tangi Wai and Rhiannon Newton: Bodies Assemblies. We wish them the very best at the Festival.

In March we welcome April Vardy the inaugural recipient of the ReadyMade Works Moving Ideas Award;  For the first time RMW’s has reached across the nation to support the very first steps of a newly graduating dance artist from LINK Dance Company. April has received a week of free space and $1000 to develop a new idea or continue her practice.

At the end of March we will also be holding a Viewpoint Workshop with long time associate artist of ReadyMade Laura Sheedy!! There are only a few spots left so if you are interested in this training please register readymadeworks/viewpoints-workshop

In March we will also welcome Callum Mooney and Ivey Wawn into the space supported by the 2017 AUSDANCE DAIR program and in April we will holding our First Happy Hour of the year facilitated by glorious Linda Luke and curated by the brilliant Narelle Benjamin. In 2017 we are also working with Critical Path to support a new program FIRST RUN which is facilitated by Brooke Stamp and Rhiannon Newton… more below!

This year RMW was thrilled to be able to extend our Moving Ideas Residency program by offering 10 weeks of free space and a $1000 honorarium. We received 25 applications from a diverse range of dance and movement artists and we are thrilled to announce the following successful eight artists; Raghav Handa, Adelina Larsson in collaboration with Rhiannon Newton, Rakini Devi, Katina Olsen in collaboration with Aleksandra Borys, Ivery Wawn, Rob McCredie, Joel Bray and Lucy Watson.

So join us in the next few months at one or all of these fantastic events. Lastly ReadyMade Works is genuinely interested in what you have to say about what we do so please don’t hesitate to contact us –  email here

A compelling evening of performance with our finest independent dance-makers.

So maybe you have heard about Happy Hour created by Linda Luke? It is a very neat program that has been created to support the independent dance ecology in Sydney by providing a platform for new work… whether they be slices of a larger work or completed pieces.

Facilitated by RMW’s Associate Artist Linda Luke and curated by guest artists throughout 2017 our first Happy Hour will be curated by Narelle Benjamin and will feature the work of Julie-Anne Long • Timothy Ohl • Benjamin Hancock (Melbourne) with a film installation by Linda Luke and Martin Fox. Go to the RMW website to find out more about these exceptional artists Find out more here »

This Happy Hour promises to be something very special, so get to it folks and book today!!!!

FIRST RUN Sydney, a program for dance makers to present work in development

On the 26th February Critical Path held the first of four, FIRST RUN’s for 2017 which was was an exciting sharing of ideas from Sue Healey and Adam Warburton.

The next First Run will be at ReadyMade Works on the 23 April 2017 @ 4pm–6pm and will feature a sharing of work by Patricia Wood and Omer Backley-Astrachan. So come along and support dance, support new ideas, new thinking and be part of an opportunity to see dance in the making by these fantastic artists…  exciting!

FIRST RUN is an informal gathering around two artists sharing their work. This may include initial draft ideas, works in progress, the development of an ongoing practice or an investigation into a particular working method, (such as solo practice, improvisation, collaboration or dance on film).The work shown, 10–15 minutes, is then opened up for discussion with the audience.
FIRST RUN was initiated by Lucy Guerin Inc in 2008 in Melbourne, running regularly each year since at the company’s studio.

FIRST RUN, Sydney is a partnership between Critical Path and ReadyMade Works in collaboration with Lucy Guerin Inc

Have you ever wanted to know what the Viewpoints Training is all about or wanted to deepen your existing practice?

This weekend intensive — led by Laura Sheedy — will offer performers, dance makers and directors, an in-depth look into the technique.

It is open to both beginners and those experienced in Viewpoints and will allow performers and directors to function together spontaneously, intuitively and equip performance makers with skills to generate dynamic work quickly.

Initially inspired by American modern dancer Mary Overlie and then later adapted into the Nine Viewpoints by Anne Bogart (SITI Company), the work has had a far-reaching influence on contemporary theatre and continues to inform new ways of thinking and making theatre.

In 2017 ReadyMade Works was thrilled to receive funding from ARTS NSW to extend our support for dance through our Moving Ideas residency program.

This opportunity has allowed us to support eight residencies throughout 2017 offering 10 weeks of free space and a $1,000 honorarium per week. Residencies ranged from one- or two-weeks in duration. The aim of the residency program is to give dance and movement makers time and space to explore and develop new work, we are keen for artists to experiment and deeply investigate what moves them. This year we are excited to announce the following successful artists and we wish them well  in their upcoming projects and explorations;

RMW’s would like to welcome April Vardy into the Space. April is the first recipient of the inaugral Moving Ideas Award. The award was set up in 2016 to support the first steps of a graduating dance artists from Link Dance from WAAPA in WA. 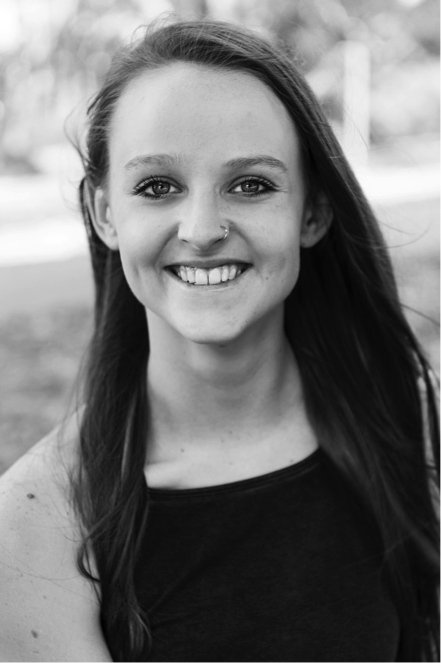 “For my residency at ReadyMade studios I have invited my peer, Tobias Wolinski who also graduated WAAPA in 2015 to come and begin our research into human interaction through technology and in real life. We have found a shared interest in how technology is shifting our comm

About April: April Vardy began dancing at the age of four at North Shore Dance Academy, the local ballet school in St.Ives, Sydney. She then continued her dance and academic studies at The McDonald College in North Strathfield, a performing arts school. Here she completed Year 11 and 12 but also her RAD Advanced 2 exam in which she obtained a High Distinction.

About Link: LINK Dance Company is the graduate dance company, unique in Australia, based at the internationally renowned Western Australian Academy of Performing Arts (WAAPA) at Edith Cowan University. Dancers who have completed a three year tertiary dance course can apply for admission to LINK’s pre-professional program. Originally established in 2002 by Chrissie Parrott as an innovative research project within WAAPA’s Dance Department, LINK evolved into an ongoing resident company with a commitment to the creation of new works; and national and international touring. The current Artistic Director is international dance artists and choreographer Michael Whaites who curates the program for these emerging artists including an annual European tour.

“The coming insurrection will not be semiotic but will grow and gain strength through proximities between bodies, between spirits, between dances.”

Over the past two years Director of RMW, Sam Chester has also been the Associate Artist of Critical Path. As part of this role she participated in a number of things and at the conclusion of this role she created a photo essay entitled BODY OF IDEAS.

This photo essay is a meditation on what it is to dance make choreography and be alive in this flesh and bone thing we call The Body.

Here is the link to the full book  so check it out if you have a chance!  Here »

Thanks to Critical Path for enabling this great role. All contributions for the essay were made from the very generous participating artists and facilitating artists.

Photos by the incredible Lucy Parakhina and design by Righteye Creative.

All proceeds go straight to the guest teacher!

About the Author
The ReadyMade Works Caretakers are: Rhiannon Newton & Adelina Larsson. More about them here.
Social Share